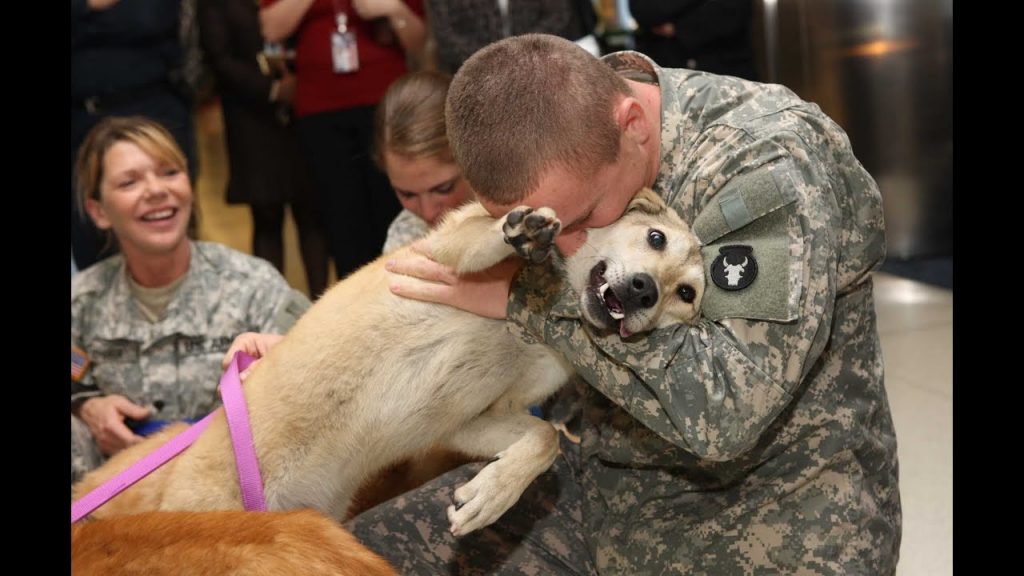 There’s a reason it has been said that dogs are humans’ best friends. Humans and dogs have been living together for at least over 30,000 years. New archaeological evidence is coming out all the time that guides us closer to understanding how and why this relationship began. What we know for certain is that domesticated wolves diverged from their wild counterparts and humans and dogs began to evolve together thousands of years ago. We have been inseparable since.

Having coexisted and coevolved for such a long time, humans and dogs have developed an innate ability to understand each other’s emotional states and intentions, and, because of this, we tend to develop incredibly close bonds. These connections last just as long as equivalent human friendships, sometimes even longer. It is not uncommon for people to feel like a dog is part of their family. It seems like the reverse is also true—that dogs view us as part of their pack. They take care of us, and we take care of them.

Hearing stories about dogs can trigger the same type of emotional responses as hearing stories about other humans. Because of this, tales of brave and worthy dogs have filled the internet. There are social media pages dedicated to dogs who spend their days traveling the world with their human companions. There are twenty-four-hour live video streams of adorable puppies stumbling around just being puppies. There’s even a website devoted to the stories of dogs from all over the world. The following will share the heartwarming stories of seven real-life dogs who went above and beyond their role as a best friend.

Rin Tin Tin was a German Shepherd and movie star who was rescued from a battlefield in World War I by an American soldier named Lee Duncan. He was given his name after little Rintintin yarn dolls, which were commonly given to soldiers and others fighting for France’s freedom as a good luck charm.

When the war was over, Lee Duncan took Rin Tin Tin home and trained him. Not too long after this, Rin Tin Tin began working in silent movies. The beloved dog was spectacular at his job and became famous worldwide, starring in 27 films throughout his career, many of which were big-budget blockbusters. Advertisements for the films would put “starring Rin Tin Tin” front and center because it was Rin Tin Tin, who drew in the audience, not the human actors or directors. The especially larger-than-life part of Rin Tin Tin’s crazy story occurred when the very first academy awards were organized.

The academy was compiled, and they cast their votes for the winners of various awards. Rin Tin Tin won the best actor award. That’s right, the first-ever person to be nominated and voted as best actor at the Academy Awards was a dog. The Academy Awards decided they would not be taken seriously if they gave a dog an award, so they gave the award to the man who placed second. Some people are campaigning to have Rin Tin Tin awarded an Oscar posthumously because of this. If you are at all into older movies, check out anything starring Rin Tin Tin—you’ll see why this great dog was revered for his acting abilities. He genuinely seems to have a sense of the emotional tone of a scene, he’s incredibly expressive, and he does all of his own stunts.

Swansea Jack was a black retriever from Wales who witnessed a small boy drowning in the River Tawe. Swansea Jack ran in and pulled the boy safely to shore by the scruff of his neck. The child told people in town what Jack had done, but since no one was around to see it, people did not believe the boy’s testimony.

It wasn’t until a few weeks later that Jack rescued someone else from the very same river. This time people saw and word spread. Over the course of ten years, Jack saved at least 27 people from drowning. He was given a silver collar by the Swansea council, an award for being the bravest dog of the year, a silver cup from London’s mayor, and a statue.

Fido lived in Italy during the second world war and was discovered in rough shape by a kiln worker named Carlo Soriani. The worker took Fido home and cared for him, nursing him back to health. Because of this, Carlo earned Fido’s lifelong love and loyalty. Fido waited every day at the bus stop for the kiln worker to come home—even amidst the daily bombings that were part of the second world war.

Sadly, Fido’s friend was killed in an air raid while working and did not return home one day. Fido never gave up hope and waited for Carlo Soriani at the same time every day for fourteen years. There are photos and video footage of Fido waiting at the bus stop and leaving when Carlo did not get off his usual bus. Crowds began to gather at the bus stop to see him after his story started to spread. A statue of Fido has been erected in honor of his memory.

Bamse was a Saint Bernard that lived aboard a Norwegian minesweeper in the second world war. He was first taken onboard by the captain, but when the captain wanted to take Bamse with him to another posting, the crew would not hear of it. They threatened to leave the ship if their beloved friend was taken away. It is important to note that mutiny is an extremely serious offense with dire consequences aboard a military vessel. These men were putting themselves at great risk by making this threat.

The captain allowed the crew to keep Bamse. The dog was beloved by everyone on board for his peaceful nature and his ability to put a stop to bar fights. On more than one occasion, he rescued sailors from death. He was also adorably comfortable with riding the bus alone, using a special bus pass attached to his collar. His presence on board and in photographs sent to the sailor’s families back home served to boost the morale of people amid a brutal and dire war.

Bud Nelson was an American bulldog, and he was best friends with a doctor named Horatio Nelson. In 1903, Horatio Nelson became the first person to drive across America in a car. Bud came along for the drive and sat shotgun with a pair of doggie goggles on to keep the dust out of his eyes. Needless to say, the image was widespread, and Bud became very popular in the news. This adventure meant that Bud was the first dog to have crossed America by car. It is also worth noting that, at this time, most people were afraid of cars and the loud banging sounds they made, making Bud’s comfort in the car all the more impressive. 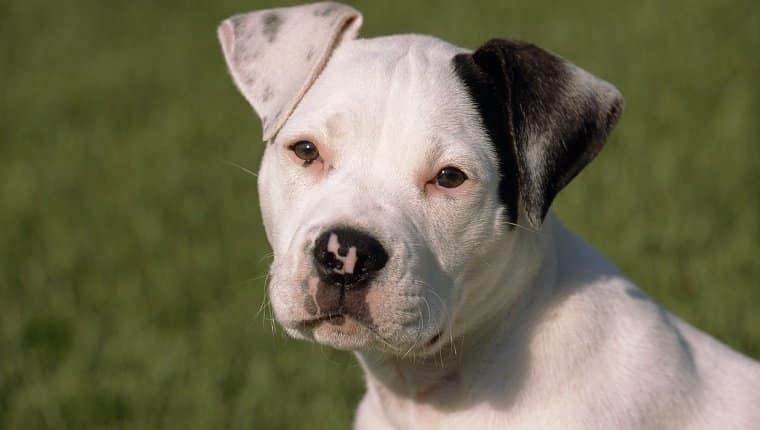 It might be cheating a little bit to put two dogs on the list as a single point, but Bummer and Lazarus’ friendship is part of what makes this story so heartwarming. Bummer and Lazarus were stray dogs living in San Francisco in the 1860s. Their day to day life was reported on by several news outlets (even Mark Twain wrote about them) as if they were celebrities. Their close friendship fascinated people, and they were given complete freedom in the city. It is even rumored that they were allowed to attend the opera every night free of charge.

Bummer was given his name by the patrons of a saloon he frequented because he would spend his days begging for scraps around town. One day, a new dog arrived in town and was about to lose a brutal fight with some other strays. Bummer came to his rescue. It seemed like the dog was too injured to live, and the onlookers felt certain the dog would die. Bummer nursed him back to health, bringing him food and keeping him warm until he recovered. This was how the second dog came to be called Lazarus.

Barry is the second Saint Bernard on this list. He lived at a monastery near the Saint Bernard Pass, which is located in the icy mountainous region between Italy and Switzerland. Barry rescued 40 people who’d been trapped in the mountains or buried in snow in his life. His most famed rescue involved the saving of a small child who had been trapped on an ice shelf. Barry got to the child and kept his body pressed against the boy’s to keep him warm until people arrived. Even the professionals couldn’t get to where the boy was, so Barry had the child climb on his back and pulled the boy to safety himself.

Because both humans and dogs are pack animals, there is a beautiful symbiosis to our relationships with each other. We have been helping each other for so long that it is instinctual for us to take care of each other at this point. We have adapted together for generations, and there’s no sign of this slowing down any time soon. Dogs are even working on the coronavirus pandemic right now, learning how to sniff out the virus and identify it before people’s symptoms reveal themselves.

Despite the equal nature of our friendship, it is often the human counterparts that get all the attention in history. The above seven dogs and their stories prove that this is not at all fair. Many of these dogs were acting without the guidance of their human friends, showcasing the resilience, bravery, and loyalty of our beloved canine companions.

Back To Dog Blog

Watch Dachshund Go "NUTS" On Bed!
Building An Outdoor Dog House..What You Need To Know
Smart Ways To Buy Suitable And Affordable Pet Insurance
5 Tips For Picking The Perfect Dog For Your Family
5 Tips And Tricks For Pets With A Shedding Problem
Tweet
Pin
Share
0 Shares