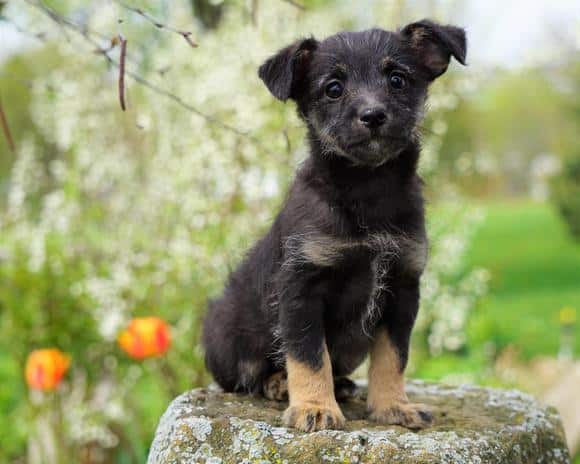 The Foodle is a highly spirited, fun-loving, agile little dog. It loves to cuddle and play, which makes it a perfect family dog. Intelligent, active, and swift on its feet, the Foodle sometimes takes on the function of a watchdog if it feels so inclined.

The Foodle is a designer dog or hybrid of the Toy Fox Terrier and the Miniature Poodle. It traces its origin to America sometime between the 1990s and the 2000s when crossbreeding dogs was very popular.

You are better able to appreciate the Foodle’s physical attributes and temperament or behavior if you look into the characteristics of its parents.

The Fox Terrier was bred in England during the late 1700s when fox hunting was at its peak as a sport. During that time, hunters needed a dog to drive the fox out of its den.

The Fox terrier is considered a dog of the nobility and royalty in England. The breed reached America in the late 1800s.

The Fox terrier is an intelligent, animated, and mischievous dog. It is naturally friendly, but may require early training in socialization because of its mischievous nature.

The Fox terrier makes for a good watchdog because it is smart, alert, and agile. However, it may have some difficulty getting along with other dogs.

The Poodle is said to be about a couple of thousand years old. Its image can be seen in artifacts and ancient drawings – usually helping hunters retrieve ducks and geese from the waters.

Subsequent breeding resulted in Poodles of three sizes. The standard Poodle is still used for duck hunting. The Miniature Poodle helps in foraging for truffles. The Toy Poodle is considered a companion dog, especially for women of nobility.

The Foodle is a designer hybrid that shows the physical traits of the Miniature Poodle and/or the Toy Fox Terrier, depending on its genetic makeup.

In general, this adorable crossbreed shows the following physical characteristics:

The Foodle, like its parent breeds, is an intelligent dog. It can easily pick up commands.

It is a naturally friendly and outgoing dog but it tends to be too playful at times. It usually chases after other small animals – which can be a problem if you have a multi-pet household. Fortunately, the Foodle easily takes to socialization and obedience training.

The Foodle is easily distracted. You have to take a firm and steady hand with it. It is also good to be innovative and creative in your training methods. If your Foodle becomes bored, it is likely to become stubborn and willful.

It is also good to be generous with your praise and treats when training this cute and affectionate dog. Positive reinforcement works far better than physical punishment when training a Foodle.

The Foodle is a smart, agile dog who wants to please the people it loves. You can easily teach it tricks by using a firm but affectionate and encouraging technique. 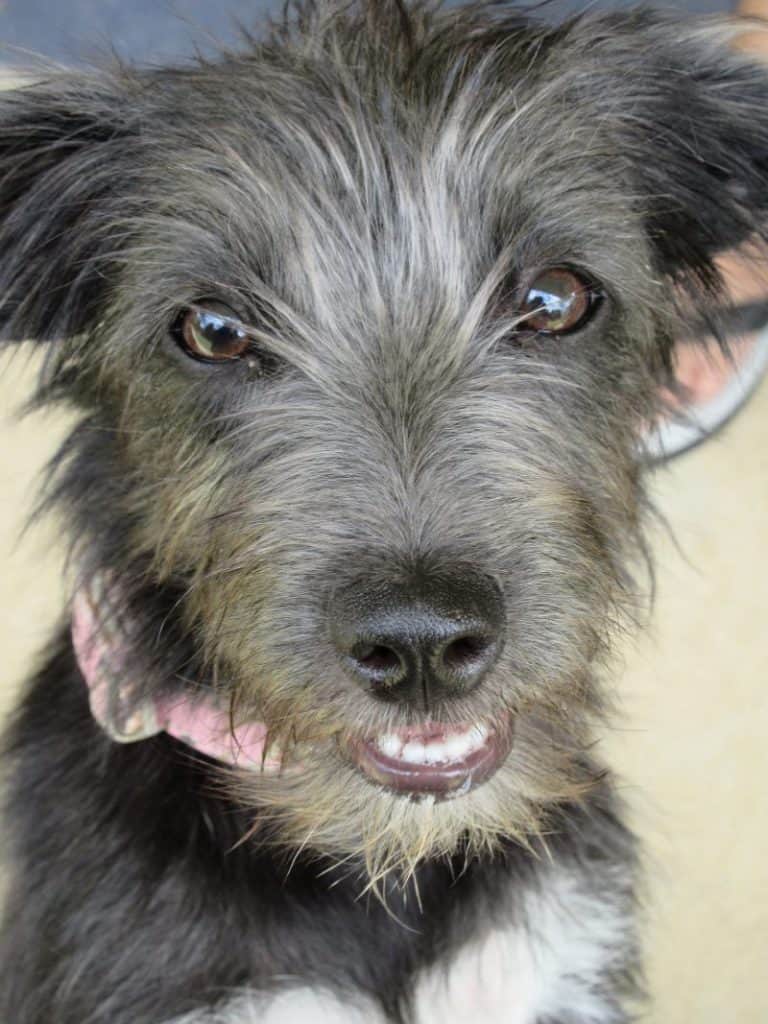 The Foodle is a playful and affectionate little creature. It adores playing, engaging in warm snuggles, and going on long walks with you.

This dog has a loving and fiercely loyal nature. It forms strong attachments. Its loyalty and courage predispose it to being a good watchdog. It has the natural ability to be watchful, alert, and attentive to its surroundings.

You can depend on it to bark loudly when it thinks that there is imminent danger. In spite of its cute and tiny physical appearance, the Foodle has what it takes to become an incredible guard dog.

The Foodle is lively, smart, and playful. Its high-energy temperament can make it run around, bark, and chew things if it becomes bored. It is best to look for acceptable outlets for your pet’s boundless energy. Take him out on long walks regularly. Bring him to places where he can jump or run around as much as he wants to. Keep your pet active to keep it from becoming bored or rowdy.

A Foodle may not be the best choice for you if you live in a tiny, confined apartment with very little space for a pet to run around in. The strong hunting instincts that it gets from its Poodle lineage may not make the Foodle suitable for getting along with other small pets. It tends to be wary and obstinate, especially in the beginning. Generally, however, the Foodle is highly trainable. It makes a loving and cuddly pet for your family, especially if you have it trained for socialization early on.

The Foodle has the same dietary nutritional requirements as most small-sized dogs. You can feed it between ½ and ¾ cup of dry food twice a day.

You can also give it small bits of fruits and vegetables, fiber-based cereals, and diced meat for added nutrients.

Don’t give your dog garlic, onion, grapes, raisins, cherries, apricots, currants, rhubarb, raw potatoes, or mushrooms that are harmful to your dog.

The Foodle is a small dog, but it is an incredibly energetic and active one. It needs to get regular physical exercise. Otherwise, it can become naughty, bold, and defiant. It can show destructive behavior like biting and chewing.

Experts recommend that you give your Foodle about an hour and a half of exercise every day. Take him for a weekly 10-mile walk. (There are dog treadmills to consider too)

Your Foodle loves to jog, hike, swim, run around, and go for long walks. It also appreciates games like flyball and Frisbee, which challenge its agility. It is a good idea to take your pet to places like parks and beaches where it can frolic to its heart’s content.  Physical exercise doesn’t only keep your pet healthy and fit; it also keeps it well-behaved.

Your dog’s Terrier DNA is likely to make your pet chase after rabbits, squirrels, and other similar small animals. If you don’t want your dog to do this – and don’t want to keep it strapped to a leash either, make sure that you take it only to places that are fully fenced.

The Foodle is hypoallergenic. Shedding is low-moderate.

Grooming needs are likewise low-moderate. Your pet requires brushing twice or thrice a week to prevent mats, remove debris, and promote healthy blood circulation. It is good to use a hard bristle brush for this purpose. Trim your pet’s coat as needed to keep it manageable and free from tangles.

You should trim your Foodle’s nails before they grow too long and break. Clip them just enough. Refrain from cutting them too low, lest you cut into the quick where you find the nerves and cause pain. A high-quality dog nail clipper will help you do the job efficiently. You also have the option of asking a professional groomer to do this task.

Use a cotton ball to clean your Foodle’s ears once a week. This prevents earwax buildup. Check for ear mites; this condition shows up as dark accumulation in your pet’s ear.

Give your dog the occasional bath using dog soap or shampoo that your veterinarian recommends.

Health problems common among Foodles include the following:

This condition is characterized by these symptoms:

MVI is a form of heart disease that is common to small dogs.

Entropion is a condition characterized by an eyelid that folds forward. This increases the risk of an eyelash scratching the eye’s surface and causing corneal perforation. Most dogs with this condition tend to keep the eye shut, squint, or tear excessively. They are also prone to have mucoid discharge.

The Foodle is predisposed to deafness as a result of genetics, wax buildup, infections, trauma, or old age.

Watch out for indications of temporary or permanent deafness. A deaf dog doesn’t show any response to squeaking toys, loud noise, doorbells, or to the barking of other dogs. It doesn’t respond when you enter the room or call it by name.

If you notice that the lens in your Foodle’s eye is opaque and not crystal clear, your dog is likely to have a cataract. He is likely to find it hard to see clearly. Without any intervention, a cataract may grow to be as big as the entire lens and lead to blindness.

If you notice any of these signs, take your pet to a veterinarian immediately.

The Foodle is a good pet dog for adults and for kids who are 5 years old or older. It is a warm, loving, and playful companion. It may not do so well as a pet for younger kids because it can get somewhat too excitable and edgy at times. If you have toddlers, it is prudent to wait for your kids to grow a little older before getting a Foodle.

The Foodle does not easily make friends with other pets. If you want to make a Foodle part of your multi-pet household, you have to give it early training in socialization to make the arrangement work.

If you get a Foodle as a pet, you have to keep it inside your home. It is not prudent to leave him outside with no supervision; his small size makes him as easy mark for predators like large birds. Moreover, his strong hunting instinct is likely to lead him to run off chasing after a rabbit, squirrel, or some other similarly small animal.

The Foodle has an active nature that requires you to take him out for regular walks. Because he is a small dog, however, you will find it easy to give him an adequate amount of exercise without becoming exhausted yourself.

On the whole, the Foodle makes for a great pet. It is playful, loyal, and affectionate. It is smart and easy to train. It does well as a cuddly companion that can double as a faithful guard dog.

What is a Scoodle? And Why Should You Get One
Will The Lhasapoo Be The One For You?
How To Care For Your Taco Terrier
Pekachi: The Affectionate And Devoted Companion Dog
Is A Peagle Right For You?
Tweet
Pin3
Share
3 Shares