When it comes to choosing a dog, you certainly do have a lot of different options open to you. For some people, it means a trip to the pound to pick up an available dog but for others, a purebred dog is what they desire. In fact, it wasn’t all that long ago that a purebred dog was not something to trifle with but today, it is becoming more and more common to mix breeds on purpose. That is where the Havamalt comes in.

The Havamalt dog is the cross between two different purebred dogs, the Havanese and the Maltese. This breed of dog has become quite popular in recent years, similar to the way many designer dogs have become popular. When they are bred as part of a controlled litter, the results can be quite amazing. That is why you should always choose to buy a designer dog from a reputable breeder.

Unfortunately, many Havamalt dogs and similar mixed breed dogs are not bred from good stock. They might even be from a puppy mill, so they are not something that most people would consider supporting. Of course, this is a personal decision but you do need to live with the consequences. When the breeding is not controlled properly, there can be quite a variation of what you get in the puppies, even from a single litter. When you buy a Havamalt from a reputable breeder, however, you have quite a delightful dog.

A Look At The Parent Breeds

One of the breeds in the Havamalt is the Havanese. This is an old breed, thought to date back some 500 years when small dogs were brought to Cuba by Spanish settlers. The small dogs grew accustomed to living in the islands and developed a coat that helped to protect them from the sun. They were not a very popular breed but they did manage to get a foothold in America when many Cubans entered the country in the late 1950s.

The Havanese is a wonderful companion dog. They tend to be quite loving and gentle, as well as very smart. Most people who have a Havanese find them to be very entertaining, but they do require a lot of attention. If they are left alone for any length of time, they could develop separation anxiety.

The other dog in the Havamalt is the Maltese. They are also a very old breed that some people feel can be traced back some 2,000 years. Some experts feel that they got their start on the Isle of Malta, although the theory has yet to be proven. One thing that is known is that they were popular among the royal class in Europe. At one point, some 400 years ago, they tried to breed the dog to be much smaller but it didn’t go well. Eventually, they were able to save the breed and we ended up with the dog we are familiar with today.

The Maltese is quite lively and smart. They tend to be easy to train and enjoy being around people. When you consider the personality of the Maltese and the Havanese, it is easy to see why the Havamalt has become such a popular mixed breed dog.

Specifics About The Havamalt Breed

Like their parents, the Havamalt is a delight to have around. They are very smart and are quick to do whatever it takes to make you happy. As a smaller dog, you do need to be careful that they don’t get under your feet. They will run circles around you, just to get your attention and to make you laugh.

Although they do have a lot of energy, they area also known for being a lap dog as well. Perhaps this came from the popularity of the Maltese as a royal dog. You will often find that they are happiest when they are curled up on your lap and relaxing. You do need to be cautious of leaving them for long amounts of time, as they can suffer from separation anxiety.

The Havamalt is a small, toy sized dog and, as an adult, may weigh in at between 6 and 12 pounds and stand about 10 inches tall. There is a lot of room for variation is the size, depending on the litter and the parents. They have short tails and droopy ears that are covered with long hair. The overall coat is coarse underneath with long, silky hair on the outside. The most common colors are brown, black, cream, blue, white, silver and blue.

Can You Train A Havamalt?

If there is one thing that is true of this breed across the board, it’s the fact that they are as smart as a whip. Training them tends to be very easy and they will actually react quite well to the time you spend together training.

Although this breed has a reputation as a lap dog, don’t be fooled by that momentary relaxation. They need plenty of exercise, so a nice walk around the block every day or a trip to the dog park will keep them happy. You can also try playing games, such as fetch or tug of war. In addition, the time you spend actively training this breed will work well with their energetic nature.

Some owners would be happy to have a dog that is as obedient as this breed. They can pick up on the normal training signals quite quickly, so you might want to take things to the next level with some tricks as well. The Havamalt breed is quite capable of doing all types of tricks that will keep you, them and anyone else that happens to be around entertained.

Making A Havamalt Part of the Family

One of the problems that many people have with owning a dog is that they are allergic. You will be happy to know that the Havamalt is known by most people to be hypo-allergenic. They don’t shed much and some may even go so far as to say they don’t shed at all. That may be taking things a bit far, but the fact that they don’t shed much is good news for allergy sufferers.

You will need to pay close attention to the grooming of this dog, as their coat requires regular brushing. In fact, you might want to invest in some high quality brushes and do it on a daily basis. Some people also have their hair trimmed, but it isn’t necessary. The personal grooming, outside of the regular brushing and trimming of the nails is a personal choice.

If you have children or other pets, the Havamalt dog will likely fit in quite nicely and get along with everyone in the home. If possible, it is always best to socialize early and when they are around young children, you should be close by too. This isn’t only for the protection of the children, the small Havamalt could be hurt easily as well.

All in all, the Havamalt is a delightful breed and one that can make a nice family dog or even a companion for a single person or a shut in. They don’t have any known health issues, although this may differ from one dog to another. Typically, it is just a matter of caring for the dog and giving them lots of love and attention. That is really all they will ask from you but the Havamalt will give you back far more in return. 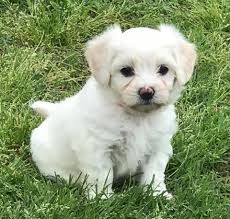 Borkie: The Athletic Wingman Of Designer Dogs
The Foodle: A Playful Companion That Can Double As A Loyal Guard Dog
Understanding The Cheenese Breed And Its Heritage
Chizer: An Energetic And Bubbly Breed
Chiweenie: A Friendly, Loving and Spunky Companion
Tweet
Pin
Share8
8 Shares