What is a Morkie dog you ask? When you see a Morkie  for the first time, chances are that you’ll be entranced by the little cutie.

They’re just so adorable, and it won’t be too surprising if right then and there you decide to have one for your very own. If your name is Mindy, they’re just about perfect LOL!

The Morkie gets their name from their breeding, as they’re a mix of purebred Maltese and the Yorkshire terrier. It’s this particular combination that has also led to the name Yorktese. In fact this was the original name, but “Morkie” just seems right. It rolls off the tongue better, and it sounds just as cute as they look.

So are you just jumping at the chance to own a Morkie? To help you understand what you’re in for, here are some facts you need to know:

Yorkshire terriers are brave, confident, and smart, and these qualities may be seen in the  Morkie temperament as well. However, you don’t want to overindulge a Yorkie, as they can become spoiled brats.

The Maltese is very sprightly and energetic, and they like hanging out with people. Training them isn’t all that hard, as they respond well to affectionate rubs and kind words.

At 4 to 8 pounds (12 at the most) and at 6 to 10 inches high, you can call the Morkie a toy dog. The eyes are deep set and shaped like almonds. The muzzle is small and the nose is black. The color can also be either more of the Yorkie (brown, tam, or black) or more of the Maltese (white or cream). In some cases, as puppies they look more like Maltese but as they get older they look more like the Yorkie.

Their nails need to be clipped regularly and the teeth should be brushed at least 2 times a week. Once a week, you should also check and wipe the ears. The eyes need to be cleaned, and the unsightly eye stains should be removed (especially on light coats).

As for baths, it should only be given if they’re especially dirty or stinky. Too much bathing may disrupt the natural oils on their skin.

They’re not so good with large dogs, since they’re so small they can get hurt. That can be a problem when you have an adult Morkie who has no compunctions about approaching bigger dogs.

With adult folks, they’re the ideal lapdog. They really want to please their human masters. They’re cuddly and affectionate, so they’re very hard to resist. They also recognize new people with just a few encounters.

With kids, they do well with the older children. That’s because the younger kids may not know enough to be careful and your cute little Morkie may get hurt. With the older kids, the cutie will love to play and cuddle all day long, and even at night they may want to sleep beside your kids.

If they don’t get enough exercise, the Morkie can be a handful. They’re actually known to be destructive when they get bored.

All in all, the good outweighs the bad and if you have older kids and someone’s always at home to play with them. That cuteness is really hard to resist, and it’s easy to love their affectionate nature. With Morkies, you have a friend that can make you (or your kids) smile when you’re feeling down. 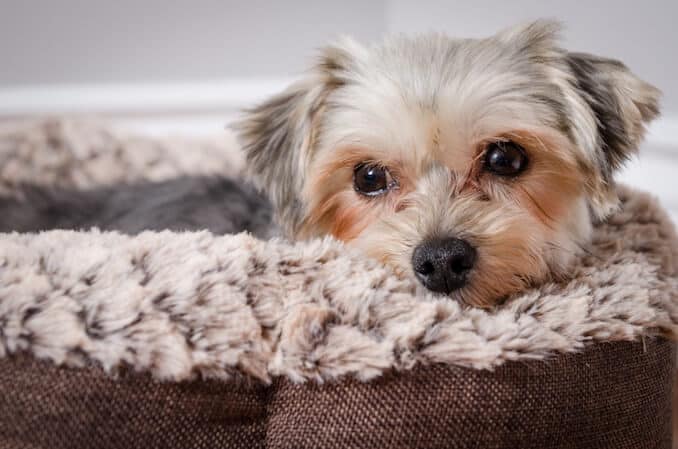