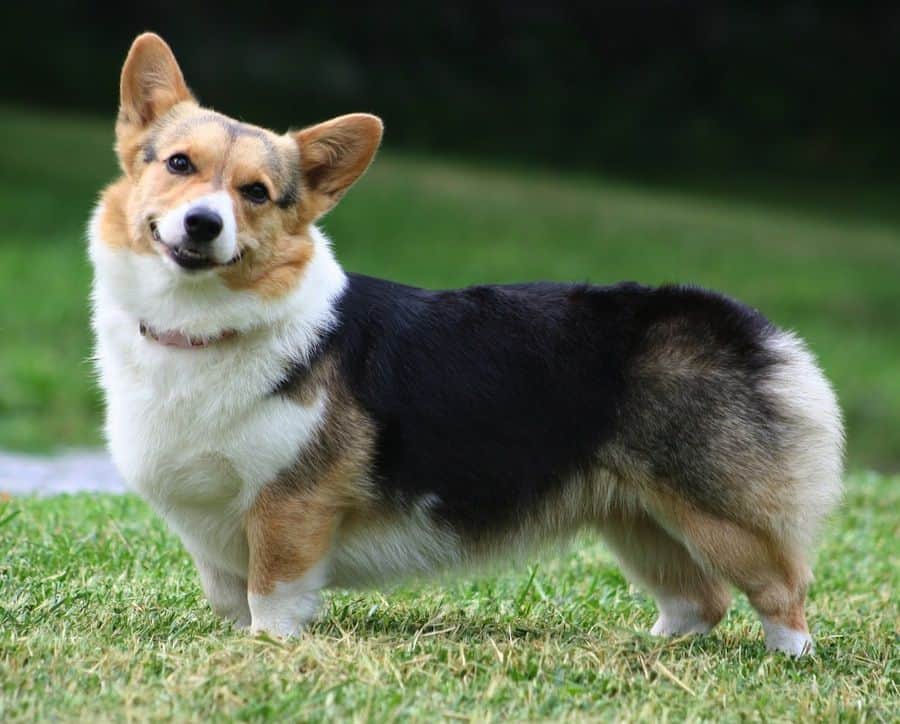 A Beagi is a designer breed from crossbreeding a Beagle and a Pembroke or Cardigan Welsh Corgi. It is also sometimes referred to as a Corgeagle.

It is a loving dog breed that has one of the best personalities you can find. Beagis are known to be extremely friendly and clingy to their human owners. With the proper care and training, they can be one of most the perfect companions for little kids and babies.

Beagis are also classified as family dogs. Despite being a little harder to train than some breeds, these dogs know how to adapt well in a family environment.

The Beagi is still considered as a new breed and so, variation as to their appearance may occur, especially since the owner has a choice between the Pembroke or the Cardigan Welsh Corgi. Either way, it you can be sure that your Beagi will forever be a friendly and loyal companion.

Beagle – The Beagle is a tracking dog or a rabbit tracking breed that has been popular as a hunting companion for a long time. They were discovered and developed during the 1990s.

Many things have been written about them since the 15th century. Beagles are well-known, especially across European countries, and standards were even set for the breed during the 1800s.

This was around the same time that the Beagle Club of England and the National Beagle Club of the United States were established. Also, in the year 1885, the Beagle was recognized under the Hound Category by the American Kennel Club.

Cardigan Welsh Corgi – Corgis, in general, came from an ancient dog breed that appeared in several books over the past centuries. Just like Beagles, Corgis are well-known in European countries, especially in England where Queen Elizabeth favors them the most among other dog breeds.

Corgis are said to be related to the Flemish Spitz-type dogs and the Swedish Vallhund, both of which were brought to Wales sometime in the 11th century. They were then made to work as cattle and sheep herders because of their height.

Corgis stand low enough to nip at the livestock, and are fast enough to run away in order to avoid being hurt by the sheep or cattle. This made them the perfect breed to train as herders.

A Beagi sheds moderately as it has a double coat. Its coat is short, thick, and soft, making grooming requirements less tedious compared to other dog breeds. A small Beagi usually weighs about ten to twenty pounds, and has a height of fourteen inches.

Beagi puppies are small delicate puppies whose body has not fully developed yet. Therefore, it is important to handle them carefully. During this age of a Beagi, it is best to let them stay away from children as they are still fragile and not well-trained.

Since Beagis come from either a Cardigan or a Pembroke as the other parent breed together with the Beagle, you can expect to have some variations in appearance. Various traits can be inherited from either parent also, which increases the chance of having a unique color of coat. The common colors for coats are white and black markings.

They are also longer in proportion to their height, just like the build of a corgi, but taller. Their skull is broad, and may either be slightly domed or flat. They may also inherit the fox-like tapering muzzle of a Corgi or the square muzzle of a Beagle.

Just like both its parents, a Beagi is sturdy, and it has a long back that it inherited from the Corgi. Their legs are short, the length of which depends whether they are of a Pembroke or Cardigan descent. Their tails are short, and some puppies are born without one. 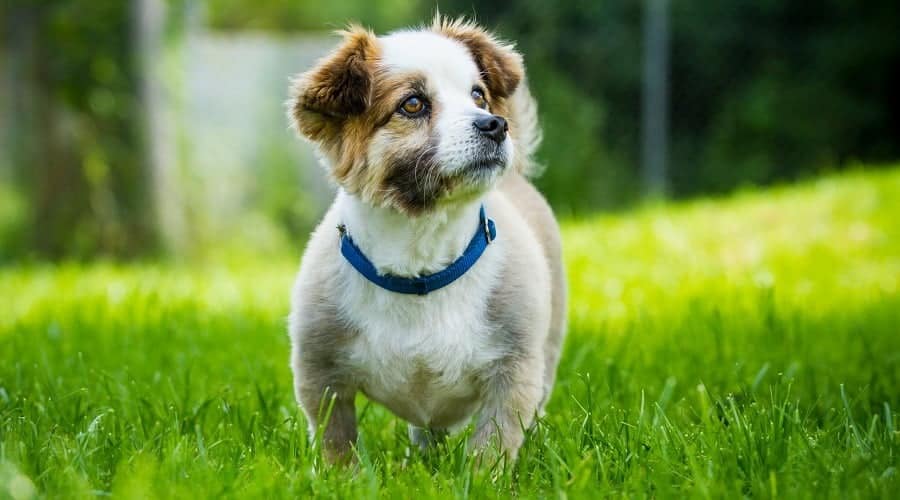 The average lifespan of a Beagi runs from twelve to fifteen years. With proper love, care, and handling, pets tend to live longer than their average life span. Therefore, it is advisable that as the owner, you pays attention to the needs of your Beagi, especially since they tend to be prone to a lot of ailments.

Just like any other small dog breed, the Beagi is an energetic, loving and friendly dog. It is often referred to as a family dog, given that it inherited the caring nature of Beagles and Corgis.

This dog is protective of its human owners, especially the children and seniors. It is comes from a loyal dog breed that is ideal to have as a home pet.

Despite the friendly nature, however, younger Beagis tend to be extremely territorial when meeting new people and animals. This is why it is important to train them immediately during their puppy years, and let them socialize with other pets early on to help them get accustomed to the company of others.

Beagis are also clingy dogs who often want to be the center of attention. They treat their owners as their own family and so, it is important to make them feel wanted, and to include them in family activities and gatherings. They hate being alone, and younger ones tend to cry for a long period of time when left at home.

Given its close relation to Beagles, Beagis tend to be most comfortable in temperate climates. Their short coat makes them less accepting of the cold.

Beagis are also quite active. It is therefore important to provide them with enough space where they can run around and play. It is also ideal to have a backyard for them to play in or you can bring them to a nearby park to experience the outdoors.

Nutrition is extremely important, especially to a growing puppy. Providing them with the right food is essential to ensure that they will grow healthy and strong. This is quite crucial when it comes to Beagis since they are prone to different kinds of diseases.

It is important to invest in high quality dog food that is appropriate for the age of your dog. Younger dogs need smaller and softer food compared to older ones.

There are also times when milk is needed to be incorporated in their diet. But, make sure that the milk is not harmful to dogs in general. You may consult a veterinarian regarding this.

The amount of food you could give to your Beagi ranges from three-fourths cup to a cup and a half which can be split into two to three servings per day. Letting dogs overeat may adversely affect their digestive system, and may result to unwanted weight gain.

Regular exercise is essential to an active dog such as a Beagi. This helps maintain their alertness, weight and energy.

Exercise can come in different forms. You can bring them with you to the park to let them play outdoors with other pets, or let them play in the backyard with the kids. You can also bring them to the beach where they can go swimming.

Exercise helps them maintain a positive attitude and energy. Playing games as simple as fetch or tag is sufficient.

Beagis are smart and are eager to please. However, they can be really stubborn when not trained properly or not given the right attention, especially during their puppy years.

As an owner, it is important for you to train them on how to obey orders and how to socialize with other people and animals. This is important, especially if they are to be left with kids and other people.

Training is essential in order for them to avoid hurting others. It is a good way of instilling good attitude and perspective in your pet.

As a trainer, you will need to be patient, consistent, and firm, without ever being harsh. Stick with positive training techniques that include rewarding good behavior with treats and praise.

Beagis generally call for an average maintenance when it comes to grooming, primarily because of their short coat. They are typically clean animals, and develop the doggy odor over a relatively longer period of time.

It is important to bathe them every two to three months or more if they frequently get muddy and dirty from playing outdoors. To eliminate dead hair, brush their coat two to three times a week. Also, always check their ears and teeth on a regular basis to ensure that they don’t develop any infection.

Designer breeds often inherit the same heath conditions that the breeds of their parents have. Therefore, it is likely that the Beagi may end up with the common ailments of either a Beagle or a Corgi.

It is important to pay attention to their health in order to diagnose any disease early, and help stop it as soon as possible. The health of a Beagi is very fragile, and needs constant monitoring, especially since there is no exact way to predict their long-term health.

Where to Look for Beagi

The breed is fairly popular and you can probably easily find one by asking friends and relatives. Pet shops are also a nice place to start if you want to adopt a Beagi into your home. The internet is also an accessible medium to search for any dog breed including Beagis. Just make sure that you are dealing with a reputable breeder.

Getting a pet is both a privilege and a responsibility. As the owner, you are responsible for the life of another living being, and it is important that you give him the utmost care that you can offer.

Given the loving and caring nature of Beagis, they deserve the same level of care and love that they give. Aside from their cute appearance, you can be assured that you can have a loyal and amazing friend in them.

Pomchi: A Sweet, Loyal, and Friendly Mix
Bolonoodle: An Adorable Doggy Best Friend
Chug: A Spunky, Sweet Crossbreed
What The Heck Is A Mauzer?
Should A Havashire Be Part Of Your Family?
Tweet
Pin8
Share23
31 Shares